This year, Tesla became a technical partner in a nickel mine – the Goro Mine on the small Pacific island of New Caledonia. Nickel, of course, is needed for lithium-ion batteries to power electric cars. With his eyes firmly on the realities of future supplies, Elon Musk simultaneously declared on Twitter: «Nickel is our biggest concern for scaling lithium-ion cell production.»

In 2020, Musk also famously gave this rallying cry: “Wherever you are in the world, please mine more nickel…Tesla will give you a giant contract for a long period of time, if you mine nickel efficiently and in an environmentally sensitive way.”

The foresight of integration

His statement is indicative of Tesla’s ‘vertical integratation’.  The American electric vehicle and clean energy company recognised – well ahead of others – that complex automotive supply chains could threaten EV production in the not too distant future. Tesla has integrated many steps from battery to electric motor production, self-driving algorithms and a powerful central control system. And now, the mining of a critical raw material – critical for its success. Essentially, it’s future proofing itself, by controlling its own supply chains, not being reliant on others.

Musk may seem like a trailblazer, but Henry Ford was, in fact, an automotive vertical integration pioneer. Ford’s 15.8 million square foot River Rouge complex was the largest industrial facility in the world in the 1920s and 1930s, and was the only place on earth where the entire process of making autos could be seen in one day.

But, other car manufacturers are still playing catch up, in the face of net zero targets. They get their parts from different suppliers from across the world – and those parts depend on critical raw materials (CRMs) from yet more far-flung places. In my mind, one way to combat this conundrum would be for car manufacturers to start collaborating directly with the natural resources industry. By that I mean mining companies and up-stream producers.

It also seems obvious to me that battery production sites should be built near to where CRMs are extracted from the ground – shortening supply chains further, and reliance on places like China. Cost-efficient, time-efficient but also less damaging to the environment. Which, after all, as we hurtle towards COP26, is why we need these CRMs in the first place: to create green technologies, like EV batteries and wind turbines.

The scramble for supplies

Let’s not forget that some of China’s major fertiliser companies say they’re banning the export of phosphate – a major component of commercial fertiliser – until at least June 2022. You can read more about that here. And with Beijing’s renewables targets (net zero by 2060), it’s possible that China may want to keep its vanadium (used in large scale energy storage) for itself in the future, too.

The scramble for EV battery materials is going to be chaotic, costly and potentially catastrophic if alternative supplies and business models are not created soon. And car manufacturers may become hostages of their own size and limitations, if they don’t move on from pure production to procuring as well.

Back to Tesla and phosphate – and while Elon Musk is focusing on bagging all the nickel he can get, he’s far from tunnel visioned. Tesla has been switching battery chemistry for all standard range Models 3 and Y to an older, though rapidly evolving, technology that uses Lithium Iron Phosphate (LFP) chemistry. In fact, we wrote about this technology quite recently. Most other battery electric vehicles (BEVs) use a nickel manganese cobalt chemistry. Cue Musk’s nickel infatuation. But, LFP cells are cheaper, have much longer lifetimes and don’t overheat.

In the third quarter of 2021, Tesla made a $1.6 billion profit. By the end of Q3 it had built 237,823 cars and delivered. These record results happened despite the volatile supply chains I’ve mentioned. And I’d put money on it being due to Tesla’s progressive strategy of vertical integration – allowing it to innovate freely in this way, and lead the market.

Significantly, Tesla is now switching to LFP batteries globally. That brings me to Norway. Since Elon Musk is shifting his attention away from Nickel, and on to LFP batteries, there will no doubt be a surge in demand for phosphate – with others following his lead. Our investigations in south-west Norway have revealed there are large, untapped reserves of this EU Critical Raw Material – resulting in a publication in early 2021 of two World Class Resources, according to the JORC standard. Not just large, but the largest phosphate rock deposit in the world.

In the future, we believe this will make Norway a strategic domestic CRM supplier to Europe – and beyond. And I am a firm believer that car manufacturers will need to vertically engage with companies like ours directly. This way we can embrace our clean energy transition safe in the knowledge that we have more than enough materials to sustain it. 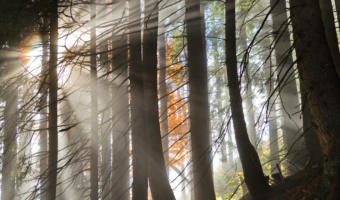 The Mining Sector: ‘At The Core Of Enabling The Energy Transition’

We’ve written at length about raw material supply, strategy – and vulnerability and how the mining sector is at the…

2021 In Review: Five Key Considerations From Our CEO

Excitement and interest in our Critical Raw Materials in Norway is growing by the day. With this comes great responsibility…