Dr Per Storm is Innovation Hub Director CLC North at EIT RawMaterials – a consortium of 400 different partners, such as research organisations, universities and companies. It’s mandated by the European Union to run the European Raw Materials Alliance (ERMA). Norge Mining is part of that alliance – and we’ve recently caught up with him on the importance of supply self-sufficiency, why mining and recycling must go hand in hand and the future of battery technology.

Q. What is the main aim of the European Raw Materials Alliance, established in September 2020?

Dr Per Storm: In 2010, the first EU Critical Raw Material list was commissioned; this was also the start of EIT RawMaterials as an organisation, where I am now the MD for the Nordic subsidiary. Since then, we’ve been working tirelessly to innovate supply chain resilience in Europe. Before the pandemic, the European Green Deal showed that we will need to increase our self-sufficiency and the recent geo-political instabilities have exacerbated this too. The European Raw Materials Alliance (ERMA)  is an open and inclusive alliance that provides an independent forum for discussion and analysis, as well as a mechanism for translating potential projects into actual activities and infrastructures that will contribute to creating long-lasting added value and jobs for Europe. Sourcing virgin minerals is one part of the story and recycling is another; we work with both ends of the supply chain.

Q. How involved in policy-making on these vital issues is ERMA?

Dr Per Storm: We have ongoing discussions with the European Commission and it is very keen to see how this alliance develops.  Over the last months, the task forces of the ERMA Cluster 1 have developed the first draft of an Action Plan on Rare Earth Magnets and Motors that addresses regulatory bottlenecks hindering the emergence of a strong European rare earth value chain, from (urban) mine to rare earth magnet and motor. The Action Plan identified a number of items that are currently in a feedback loop with DG Grow, European Commission.

Q. What are your thoughts on Norge Mining’s deposits of vanadium, titanium and phosphate, that have been classified as world-class?

Dr Per Storm: Norge Mining’s deposits that are currently being identified are clearly going to facilitate long-term resilience and self-sufficiently in Europe. Although the project is fairly early on, it’ll be very interesting to see how it develops. Morocco is currently a key player in the phosphorus market. So, a closer prospect to Europe is intriguing. Given the need for downstream development on the titanium side – that is also of interest and we are also keen to see that progress.

Q. Why can’t mining and recycling be ‘either-or’ in your opinion?

Dr Per Storm: There has been local resistance in general in Europe, not just to new mines, but also to new recycling facilities. We all know that this is something we need to do, but in our gut, we don’t want this too close to us; there is still a ‘this should be done somewhere else’ mentality. In the words of my close friend, a professor of geology, ‘this is a moral issue, whether or not we are going to take responsibility for our own consumption’. Think of all the virtual video calls we’ve had during the past year. We couldn’t have had any of them without a major load of critical minerals – which are key for all of our electronic devices. So, getting that acceptance that we actually do need these new activities – new mines and recycling facilities – and that we need to build them where the deposits are, is a key issue.

Q. How important is an open dialogue with local communities in this respect?

Dr Per Storm: I know Norge Mining has been very engaged with the local authorities and this is vital, as well as reaching out in the local communities – making sure that any operations are conveyed as a win-win scenario. We know now that we can mine with minimum environmental impact. A mine will still be a hole in the ground; there is no escape from that. But we can create this mine with minimum social and environmental ramifications; we are at a technology level that we can demonstrate that. But there is a legacy that’s still with us. And yet, there is similarity between mining and recycling, in that you need both. The big diversified miners generally have a large degree of recycling incorporated in their production process. We must also highlight the fact that we cannot live on recycling alone. This is not an either-or situation. The discussion on virgin vs recycled materials is sometimes framed as that. But it is both. And that’s why this conversation needs to continue.

Q. What about Norway itself? Is it fair to say all eyes are on the Nordic country as a future raw material supplier to Europe – and beyond?

Dr Per Storm: I’m absolutely convinced Norway will play a very important strategic role in Europe in the future. EIT RawMaterials and ERMA treat Norway the same as EU members; it is an associate partner to the framework programme, Horizon Europe. Norway’s energy supplies – its leading use of non-fossil energy – also makes it the right fit, especially given the ongoing discussions in Norway regarding facilitating and increasing mining in the country.

Q. Which of Norge Mining’s deposits seem the most interesting to you at this stage?

Dr Per Storm: There are huge developments in battery technology. This is a key area of development. What we’ve seen early on is that there will not be one dominant technology, but more specific uses. For example, vanadium redox flow batteries will most likely be used as back-up power for large scale wind and solar installations. We are also seeing a continuous switch from more critical and more expensive materials, like the phasing out of cobalt, towards nickel for example, that’s slightly cheaper. In light of this, if phosphate is more readily available, that’ll certainly be something to watch.

Q. How will ERMA support Norge Mining in the future?

Dr Per Storm: If there are technological developments and innovation needed to support Norge Mining’s deposits, we have all the competences needed to develop a world-class mine. We also have stakeholder consultations, gathering feedback from across the alliance, which is developed into Action Plans and taken to the European Commission. Then, of course, there’s funding. We are targeting more advanced ‘shovel-ready’ projects right now, but soon I believe there will be more ample funding for earlier stage activities, through the ERMA investment platform. 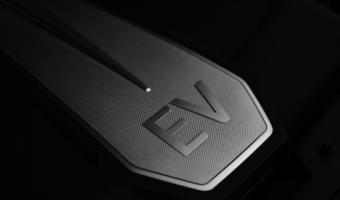 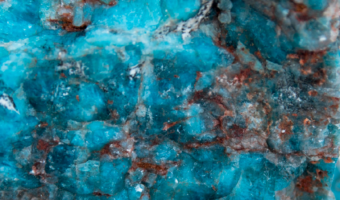