Mining & the environment: The conversation needs to change

The majority of information I read or hear about mining is shrouded in negativity; connotations that it’s intrinsically bad for the environment and at odds with a low carbon future are rife.

And then, I came across an enlightened TED Talk called ‘ Mining our way to a low carbon future’ by a UK geologist who succinctly sums it up: we need to change the conversation.

Lucy Crane starts her talk with a challenging statement: ‘I care deeply about the environment, which is why I work in the mining industry. Do you think that makes me a hypocrite?” With that opening gambit, she had my full attention. I’d like to focus in on a few details from her talk that shine a light on the truth about mining – and why we need to move towards an acceptance that without mining, there is no low carbon future.

It’s true that, often, people view mining as diametrically opposed to caring for the environment. Dirty, damaging and dangerous are stereotypically cited when summing up the industry as a whole. Without a doubt, there are places in the world where mining practices are directly harming the planet. However, responsible, modern mining means not only sourcing materials using methods that are as green as possible, it’s also contributing greatly to a lower carbon future. After all, where will we get the materials needed to build wind turbines, or electric cars? They certainly can’t be grown….

“Even the mobile phone in your pocket has on average two thirds of the elements from the periodic table. Just think of the suites of mines they must have come from around the world. And what’s the impact on the environment on that?..{..}…There’s such a disconnect in society between what we are consuming and where it is coming from.”

Lucy Crane hits the nail on the head here. There is an irony and a convenience in forgetting one’s own carbon footprint. Without mining, there would be no brick houses, no laptops – certainly no iPhones. Of course, mining unfortunately involves disturbing the ground; there’s no getting away from that. However, it’s about sourcing materials with as little disturbance as possible. By deploying aerial surveillance, lab testing and pinpointing as precisely as possible where to investigate before even a piece of earth is moved, keeps the impact on the environment to a minimum. It also allows the production of raw materials that have the power to change our future.

The good news is, this is about to change. Norge Mining is investigating vast reserves of valuable minerals and metals in Norway. With high environmental standards, consumers can be assured that we will always be held to account and workers will be paid fairly. We are constantly in contact with the Norwegian government and environmental groups – and even the green party – who all understand that the materials we are evaluating are critical to Europe’s future. Those materials are: Vanadium, Phosphorus and Titanium. Both Vanadium and Phosphorus are on the European Union’s Critical Raw Material list – and we believe we can secure supply to the EU in the near future for decades to come.

“I read a stat that the average electric car at the moment…the Lithium and its batteries travel 50,000 kilometres before the car has even driven a single mile. That’s one hell of a carbon footprint, and that’s just for one of the elements in it. …{..}… There is an increasing environmental argument to start localising the production of the raw materials that we are actually consuming.”

I wholeheartedly agree that production of raw materials needs to be closer to home. That the NIMBY (not in my back yard) attitude has to change. Only then can we keep an eye on the environmental standards deployed in mining, and guarantee that local communities are benefitting – not suffering – from the industry. However, I would go further and say that lithium itself may not be the answer for much longer. While the small size of lithium-ion batteries makes them the only viable option for use in EVs right now, experts are eyeing up vanadium redox flow batteries (VRFBs) as exciting contenders in the future. Currently they are being used for large-scale renewable energy grid storage – due to their bulky size. If scientists can make it smaller – and they are already managing just that – it could become the most environmentally-friendly battery on the market, due to its long-term use and ability to be recycled.

“Responsible mining is possible…{..}..Responsible is the key word here. The mining industry historically has an awful reputation, which in parts of the world it really does deserve. But overall, the industry is less-worse for the environment than the fashion industry currently is. We need to change this conversation around mining. We need lower carbon technologies…{..}..and start taking responsibility for extracting these raw materials.”

Hear, hear! Demand for raw materials in Europe is huge – and growing by the day, as we call on lower carbon technologies to make it happen. We should no longer rely on risky supply chains, and take ownership, wherever possible, for producing our own minerals and metals of the future. We believe Norway holds the key to providing Europe with certain critical raw materials within the next decade. Materials like Phosphates (used to feed the world without huge harm to the environment) and Vanadium (a gamechanger in renewable energy storage). If COVID-19 has taught us one valuable lesson, it’s to be as self-sufficient as possible. 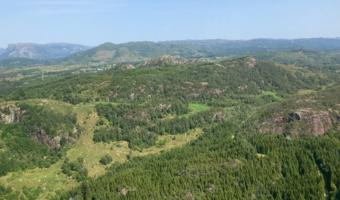