In February, in what was seen as a defensive move against possible future U.S.-led trade bans, China increased its production quota for rare-earth metals by close to 30% for the first half of this year. And just the month before, the Chinese government announced draft regulations that would impose state oversight over the entire supply chain of rare earths, from production to exports. While under the Joe Biden administration, there’s been a pledge for massive investment in climate change technology.

According to the Foreign Policy Research Institute: “The People’s Republic of China’s (PRC) dominance over global critical mineral supply chains presents one of the largest strategic vulnerabilities to the United States and her allies since the Arab oil embargo-triggered energy security crisis of the 1970s. The embargo, which coincided with dwindling U.S. reserves and a devaluation of the dollar, brought devastating impacts: high inflation coupled with economic stagnation (stagflation), and a quadrupling of oil prices.”

I am not here to talk about rare earth metals (REEs) as such, but vanadium – a Critical Raw Material, on which the European Union has been sounding the alarm for some time now. Talking of green tech, it’s an undisputed major player in the global renewables revolution. Vanadium Redox Flow Batteries (VRFBs) can store vast amounts of wind, hydro and solar energy, are scalable and incredibly long-lasting (read more here on V-flow batteries).

In 2019, it was thought that vanadium might be the next trade target. And it’s highly possible this will happen again, as seen with the rare earth metal stand-off between China and the US. Then China controlled 60% of the global vanadium supply; that dominance is largely unchanged now. And yet, it’s said to be insufficient to meet its own domestic demand. Of course, vanadium isn’t just an ingredient for green tech; it’s also used in aerospace, defence and as a steel-strengthening agent. The US, meanwhile imports nearly all of its vanadium – and it’s currently conducting an investigation into whether this is impairing national security, based on a petition by domestic producers (Section 232).

Two years ago, and again today, the fundamentals for vanadium – with global demand vastly outstripping supply – appear to be bullish in both the short and long term. Against this backdrop, Norge Mining has announced two world class Mineral Resource Estimates (MREs) this year for vanadium and titanium. This will result in an operation that will lead Norge Mining to be one of the largest suppliers of these critical materials in the world.

This, of course, brings with it a responsibility to manage our operational decisions carefully, as our actions will impact the demand and supply balance on the global level I mentioned, as well as the overall supply requirement for vanadium (as well as titanium and phosphorus) within the EU and European Free Trade Association.

We now need to complete our Identification Study (Scoping Study), which is the first stage in understanding all the different aspects that will affect the size, location and the mineral processing options of a future operation. We will also progress our exploration objectives that will target higher grade mineral resources, which will have the most significant positive impact on shareholder value.

Back to the balance of trade power, and when it comes to vanadium supply, China’s dominance may not be long-lived.  If it threatens to shake the global vanadium supply chain in the future, as it’s doing right now with rare earth metals, it’s clear that Norway’s deposits of the EU Critical Raw Material may offer an exciting, domestic alternative to Europe – and even the US. 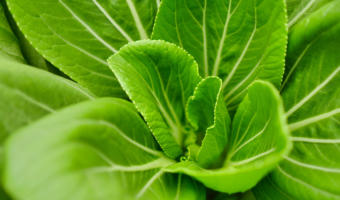 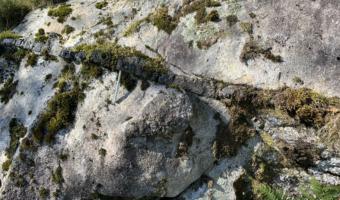 Geopolitical Dimensions Of The Future Supply Of Critical Raw Materials