Close to Heskestad village in Rogaland county in western Norway lies the unassuming epicentre of Norge Mining’s explorations into the EU critical raw materials vanadium, titanium and phosphorus. In the cold, snowy darkness every weekday morning, an international team arrives at the ‘core shed’ to decipher what the drilling experts have unearthed the night before.

Among this group of Danes, Brits and Norwegians are two Norwegian geology graduates, Eirik Skåra and Terje Lunde. While many of their peers may be working from home, or have been made redundant, Eirik and Terje are pleased to be out learning about a nascent industry in their country.

“I was lucky to get this job before the pandemic, to be able to get out and about and work – and learn,” says Eirik. “I’m a local guy, so this area interests me a lot and it’s my first proper ‘on the ground’ taste of this industry. It’s also exciting to a part of investigating critical minerals that may be able to help the EU become more sustainable in the future.”

His colleague Terje adds, “It’s such a rare opportunity to work on a drilling project in Norway. I haven’t heard of anyone out of the students I studied with who’s worked on a project like this before. It’s a unique working place and we’re undertaking important investigations. A lot of my counterparts work in the oil industry. Historically in Norwegian universities we haven’t learnt about minerals. It’s exciting to work with critical raw minerals that are needed by the world; your work feels much more important.”

Each day, Terje and Eirik start work on about 40 to 50 metres of fresh ‘drill core’, deciphering what they consist of and whether there are any weaknesses in the rocks. Using various gadgets, such as X–ray fluorescence devices, the team evaluates the elements within. All this helps create valuable 3D models of the layers, and paint a true picture of the size of Norge Mining’s deposits of vanadium, titanium and phosphorus in Norway.

“New core comes in from the overnight drilling shifts,” explains Eirik. “The rock samples are logged and photos are taken – then they’re cut in two. One half is sent to the lab for testing and the other is for the Geological Survey of Norway’s (NGU) library. We keep a record of all our investigations.”

For Terje, he’s relished the opportunity to learn from SRK’s experienced geologists: “I’ve been out field mapping with a senior geologist, looking for rocks on the surface. I learn so much in this way about the general geology of the area, not just from its core. The rocks that are found deep underneath can also be visible on the surface, if you know what you’re looking for. Once your eye is trained, it’s possible to spot these details. It’s such an exciting career. You get excited when you spot something you haven’t seen before.”

Something that also hasn’t been seen yet is Norge Mining’s Mineral Resource Estimate. This is almost ready and will be released in a matter of days to the world – revealing how many tonnes and the content of the targeted minerals. Another first, is the potential for Norway to have an economy that isn’t fuelled by oil and gas. And as the country seeks to build its mining industry, Eirik and Terje are learning cutting edge exploration procedures, that could be much in demand in the future. 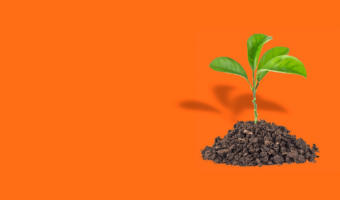 In this our inaugural episode of Material:Matters, Tessa Parry-Wingfield speaks to Michael Wurmser – the Founder of Norge Mining, hot… 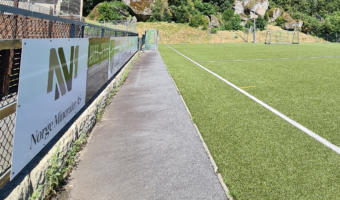 Helleland is a village and parish in Eigersund municipality in Rogaland county, Norway. Perhaps not hugely well known to those…