Where now for the world’s largest energy storage battery in China?

As the COVID-19 pandemic is still wreaking havoc in Europe and beyond, China is starting to go back to work following its lockdown. Many factories have been re-started, and while it’s difficult to speculate, it has got me wondering about what the developments might be at one of the biggest energy storage projects in northern China’s Liaoning province.

Originally, vanadium flow manufacturer Rongke Power and its partner, US UniEnergy Technologies were building a vast 200 MW, 800 MWh Vanadium Redox Flow Battery (VRFB) in the Dalian High-Tech zone, at the site of the largest chemical storage power station in the world. It was approved in 2016, and was due to finish this year. Of course, the world has had to collectively hold its breath on many projects this year, and it’ll be interesting to see if the 2020 deadline to have it fully commissioned can still be met.

Its purpose is to provide power during peak hours of demand, enhance grid stability and secure supply in cases of emergency. It’s reported that during extreme weather, the electricity grid in the Dalian peninsula has been stressed; this would certainly alleviate that pressure. What’s more, scientists estimate that once fully functioning, the Herculean battery would be able to “peak-shave approximately 8 per cent of Dalian’s expected load in 2020”.

This powerful vanadium battery – whatever its status is right now – is part of a push in China to develop and deploy energy storage technology. As renewable energies continue to be intrinsic to our greener global future, the world will no doubt follow suit when it comes to Vanadium Redox Flow Batteries. It’s a revolution the Canadian mining billionaire Robert Friedland predicted three years ago:

As well as those impressive feats, vanadium batteries have an expected lifetime of approximately 20,000 cycles with no degradation for the first 20 years (other estimates suggest greater numbers). Not only that, it also fits seamlessly into the circular economy; a vanadium battery can be remodelled into a steel rebar, for example. This is not lost on analysts and experts who are predicting huge growth in the flow market over the coming years.

China, of course, has its own Vanadium mines. In Europe, the valuable metal listed as a ‘critical raw material’ (CRM). However, our investigations and discoveries in Norway are set to negate this supply risk in the coming decade. With this in mind, China’s VRFB project has many lessons and implications for the world’s drive to stamp out fossil fuels and ability to thrive on renewable energy, above all. We are looking forward to hearing the true potential of the Dalian project when it’s fully functioning – and with it, a validation that vanadium holds a prominent role in decarbonising the world. 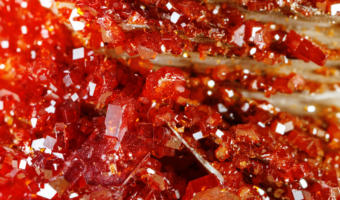 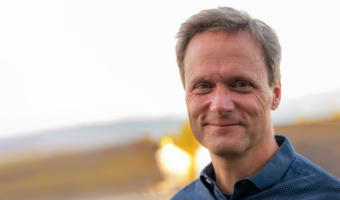 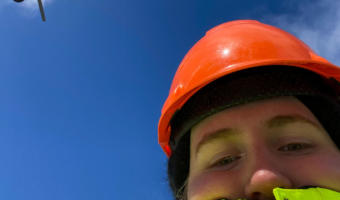