Veteran Investment analyst and CAR-Founder Gunnar Holen has brought along international mining executives in a mining project in Rogaland. The Founders needs a quarter of a billion.

It is a long journey ahead of us, however the values are very large. The deposit has an in-situ value of 300 bn Norwegian Krone (NOK). This is 10 times as much as companies such as Nordic Mining and Nussir holds says Gunnar Holen co-founder and country manager in Norge Mining.

As CEO in CAR Holen was a regular in the columns of Finansavisen in the years leading up to and including 2008. Then the financial crisis broke ground on the brokerage house and the entrepreneurial adventure ended in bankruptcy. After having a more anonymous job as a senior adviser in Procorp, Holen is now engaged in two new entrepreneurial companies.

Nordic Blue Crude will start production of climate-friendly fuel, while Norge Mining will map and in the long term recover an occurrence of the mineral’s apatite, ilmenite and magnetite. The deposit is located about four miles northeast of Egersund. In the past, Hydro, among others, has looked at the possibility of recovery, but these plans did not materialise.

Holen emphasises that the amount of 300 bn NOK is a raw, gross value calculation based on estimated resources. Especially the element vanadium, which can be extracted from magnetite, is commercially and environmentally interesting. Vanadium has historically been used to strengthen steel, and now it has become a key element in the green shift. It can provide better batteries than lithium, he says. Chinese Geely, a major owner of Volvo, and Swiss Belenos, a member of the Swatch group, have announced the construction of a vanadium-based battery testing facility. Holen became involved in the mining project through contact with Øyvind Standeren Pedersen, who has worked on several mining projects in Norway. I first met with Øyvind in 2007, when we at CAR looked at projects he had at that time, says Holen. Since then Holen and Standeren Pedersen have kept in touch.

Through contacts from his previous work in Norwegian and British finance, Holen has brought with him Oliver Baring, who previously was mining manager at the Swiss major bank UBS Warburg and chairman of the mining company Mwana Africa. In the resource group and the board, there are also several people with experience from the international mining industry:

Legally, Norge Mining is a British PLC company, which corresponds to a Norwegian public limited company. Holen is the country manager of the Norwegian, wholly owned subsidiary Teøk. So far, we have spent a couple of tens of millions of NOK on mapping and planning, says Holen.

The Board of Directors and management have more than 50 per cent of the shares in the company. Different Norwegian investors have 25 percent, and I have 6 percent, he says. However, the company does not want to send Finansavisen the list of shareholders. 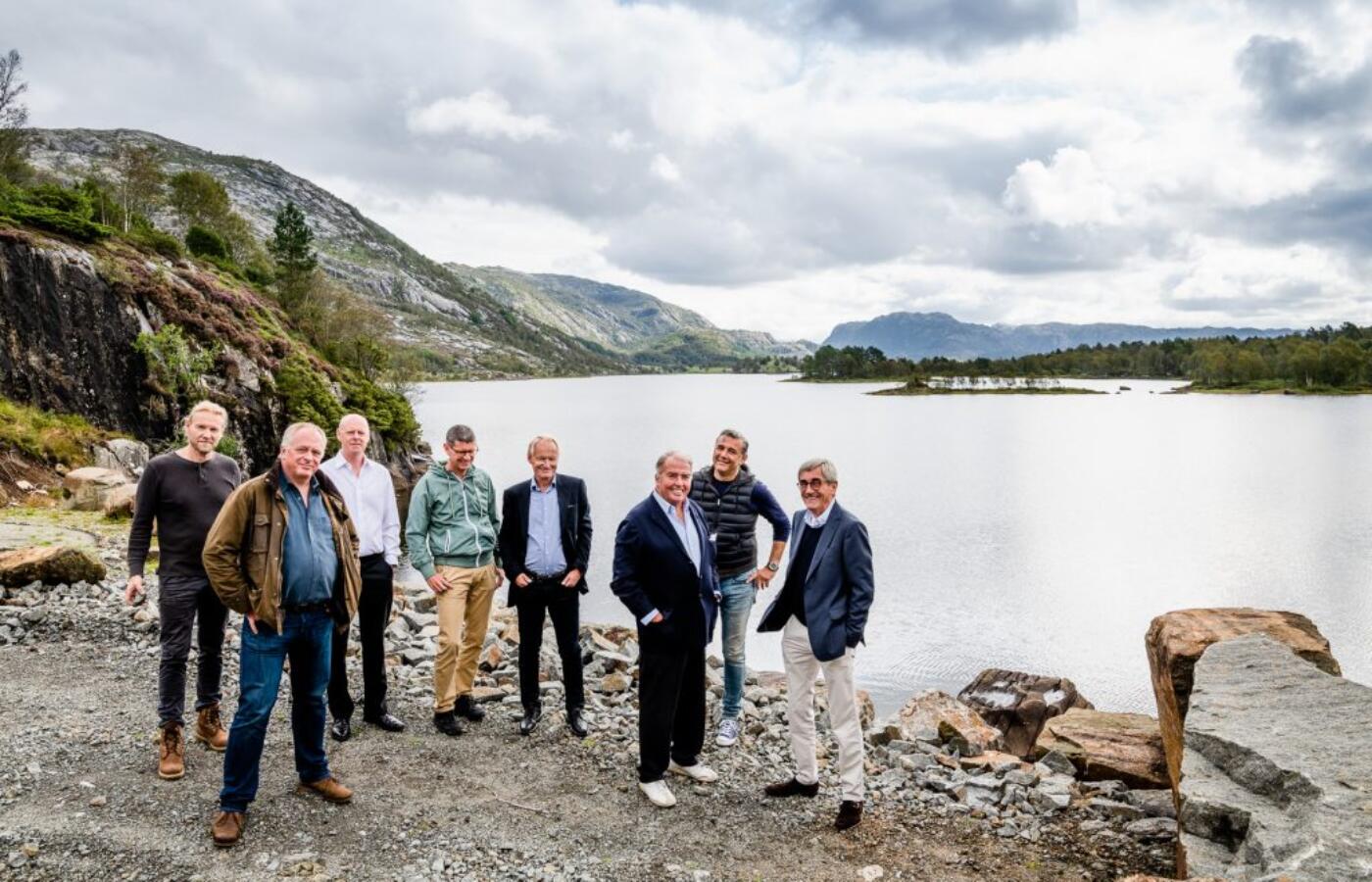 Holen estimates that it will cost around 250 m NOK to map the area well enough to start mineral extraction. He is also prepared for a long regulatory run. The mineral companies Nordic Mining and Nussir have both been fighting against bureaucracy and environmental movement for 10-15 years, and they have still not begun the recovery itself. What is the realism of the project? The potential to realise the project is high. Essentially, the occurrence is significant, and the studies we have done so far have shown higher concentration of the interesting minerals than what NGU has found, says Holen.

NGU stands for Norway’s Geological Surveys and is the country’s leading institution for knowledge of Mining and Mineral resources. Where does the quarter billion come from? So far, we have managed to finance ourselves well with British and Swiss capital. Exactly what the capital sources will be in the future has not yet been clarified. We are not looking for capital right now, and we have the means to complete the next part of the project, which will be core drilling. The company is financed throughout 2020, he replies.