The Tesla battery still rules – but not for long…

As the European Commission set out actionable steps towards a greener future – the demand for the mineral Vanadium is soaring.

I, for one, applaud the sweeping plans in the new ‘European Green Deal’ recently set out by the European Commission. It’s not only the biggest overhaul of policy since the foundation of the modern EU, it also shows Europe’s desire to lead the fight against the world’s climate crisis. The deal has had its fair share of critics already – with many saying the targets are just pipe dreams. And yet, I believe, that any actionable steps towards a greener future should be welcomed.

At the moment, the world seems to be trying to reverse value chains by treating the symptoms, not the cause. I believe, however, that environmental consciousness starts at the very start of those chains. Norge Mining is guided by this modus operandi and we are currently sourcing minerals in Norway that have the potential to lessen the devastating impact of climate change.

Let’s start with Vanadium – a word you will, no doubt, start to hear more. It’s been classified by the European Union as a ‘critical raw material’. That means it’s economically and strategically important for the European economy, but has a high-risk associated with its supply. Vanadium redox flow batteries can store vast amounts of wind, hydro and solar energy. There’s little surprise, then, that demand for the mineral is soaring.

V-flow batteries are safer, more scalable and longer-lasting than Lithium-ion batteries; in fact, they do not degrade for more than 20 years. And significantly, there’s much more Vanadium than Lithium in the Earth’s crust. That makes our current investigations in Norway incredibly exciting. With all eyes on renewables, Vanadium is set to become a vanguard in our green energy revolution. The Tesla battery may be safe for now, but in my opinion, not for much longer.

Something else that may have a shelf life is nitrogen fertiliser. Nitrous Oxide allegedly traps heat, depletes the ozone and, staggeringly, is said to remain active in the atmosphere for more than 100 years. I’ve heard it referred to as ‘the forgotten element of climate change’. Human-driven N₂O emissions have been growing unabated for many decades. The need for a less harmful alternative is clearly palpable.

Phosphate fertilisers are already providing the natural answer to global food security. The use of phosphate fertilisers in the past 50 years has boosted crop yields and helped feed millions, if not billions, of people. Dubbed a ‘miracle mineral’ it’s also on the EU’s critical list – and with good reason. Scientists are warning of an ‘imminent crisis’ in the supply of phosphate, that underpins the world’s food supply. And that’s because the biggest supplies are outside Europe, posing risks to many countries that have little or no reserves. Currently, Kazakhstan provides the largest share of phosphorus at 77 per cent.

With this in mind, our work at Norge Mining is timely, pressing – and pivotal. According to our investigations so far, Norway is sitting on large, untapped deposits of both vanadium and phosphates (and titanium – but that’s another article altogether). In tandem with the new ‘Green Deal’, we look forward to working with the EU in the future – and sourcing minerals that have the power to create a more sustainable Europe as it seeks to become climate-neutral by 2050. 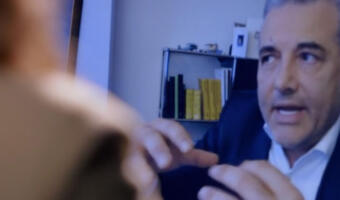 Europe Can Achieve Independence From Imports Of Minerals 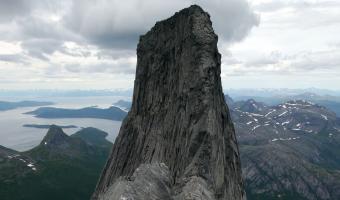