Gunnar Holen and Øyvind S. Pedersen tell around a hundred Helleland locals that all surveys have so far produced better results than one hoped for.

During the year, Norge Mining conducted several types of mineral deposits in Helleland and Ualand. Geologists have notched in the mountains , a helicopter has flown a total of 3,500 kilometers across the area , and both rock samples and electromagnetic data have been thoroughly investigated. If we believe the company’s CEO John Vergopoulos, everything has gone right.

– In the mining industry you expect some setbacks. Here everything has been positive, says Vergopoulos to Dalane Tidende.

During the company’s presentation in the Grendahuset in Helleland, it was revealed that the mineral zones in the area have proven to be larger than previously thought. The studies have also shown indications of large, deep-lying zones with a lot of cobalt, copper and nickel.

“There are minerals we need for the future,” said Øyvind S. Pedersen of Norge Mining.

In the spring, the company will return to perform core drilling and take samples from as deep as 1,000 meters below ground level. The company currently has what is called the exploration right to the area, but announces that they are ready to take the next step.

– We are now working to obtain production rights for an area at Øygrei. There we have such good data that you can start recovery within a reasonable time. But everything is “maybe” in this industry here, Pedersen said. 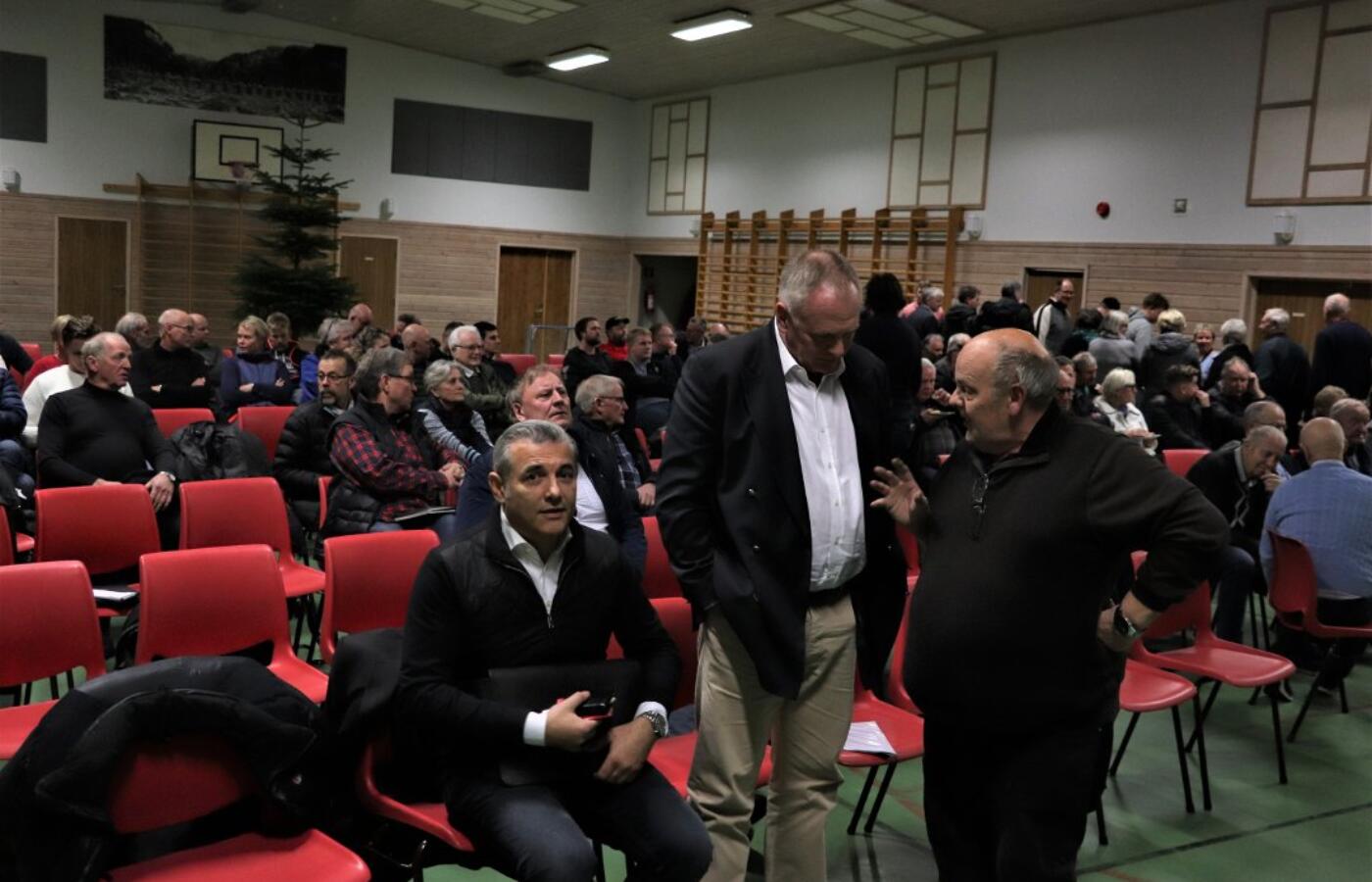 GREAT ATTENDANCE: People gathered in large numbers at the Grendehuset to hear from Norge Mining’s representatives. In the foreground sits Michael Wurmser (TV), one of the company’s founders, while CEO John Vergopoulos stands next to him. Photo: Espen A. Oak

On one of the light sheets Pedersen showed the assembly, it was stated that start-up could be as early as 2026. But both he and others in the company were careful to point out that it can often take much longer before any mining operation actually starts. Board member Gunnar Holen said in his part of the presentation that he had also joined when another mining company, Nordic Mining, went on the stock exchange.

– That was in 2006. Thirteen years later, they still haven’t got the funding fully in place, Holen said.

The heathland archers asked questions about the consequences a mine could have for the local community.

“We are very observant,” said Holen.

– We must present a thorough environmental and impact assessment that takes into account that you do not harm the local environment. We also have to think that when we finish this area, we should get it back to what it was, or maybe even better. There will always be some noise and other issues with mining, but also jobs – and that is the type of job that gives a ripple effect in the form of other jobs in adjacent industries, Holen said.

Not in our plans to be bought up

Founder and Chief Operating Officer Michael Wurmser answered questions about where the funding came from.

– This is a Norwegian-British-Swiss company, which is currently mostly financed by Swiss private investors. The plan has always been to use private financing during the start-up phase. Towards the end of next year, we will seek external funding, either from companies in the mining industry or from banks.

When asked by the auditor whether it is likely that one will be sitting in a Chinese-owned mine in Helleland in a few years, board member Holen explained that it is not planned to be acquired.

– Our ambition is to take this as long as possible, and that we develop as a mining company and receive funding. That some company can come in and buy us, it’s possible. But it is an opportunity for most companies. If there are Chinese investors, and I’m just saying, because it’s not in our plans to be bought up, there are examples of Chinese owners coming in and acting very responsibly.

Must have a great player on the team

Managing Director Vergopoulos tells DT that at this stage one does not think much about the next phase of the road to mining.

– We haven’t locked in any solutions. We are still in the start-up phase.

– But is it really not part of your plans to sell this project after you have done the basic work?

– When developing the mine itself, it is not primarily a matter of financing. The resources one has here are of global proportions. There aren’t many people out there who have the ability to do something like that. The group of people we have in the company now are together to guide us through the next five to six years, through the basic surveys and environmental studies. But they are not the people who can take us into the mining itself. Then you need a huge infrastructure. In order to do justice to this mineral deposit, one must have one of the largest players on the team.

Land owner Harald Øgreid has long been greeted by several of Norge Mining’s representatives. He realizes that whatever happens to his mark now is beyond his control.

– The minerals are the state that owns, so if they say that one should run mining here, it will be like that. I think it’s better to be positive and to be around the table when discussing it, so I say “go gas!”. The politicians must at least follow and understand what is going on here.

The area in question is large. During the presentation, it was said that a mine “at worst” could occupy 10 square kilometers – “but it will not be”, reassured board member Holen.

That the landscape can be changed forever, has landowner Øgreid regardless of a pragmatic relationship with.

– I have been driving an excavator for 30 years and changed the landscape every day.